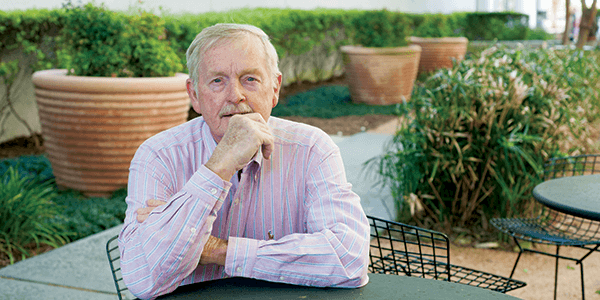 When Kenneth Holdren '79 pursued colleges, he wanted a place that fit his academic and athletic desires, and also felt like home. He found all of that and more at Lycoming. "By the time Lycoming presented me with scholarships, I was able to attend for less money than my sister at a public university," he said. "I was able to finance my own education without debt. It made an impact on me."

His decision to give back came early in life. He was asked to make a five-year gift commitment to the College as a senior. "I remember committing $50 per year. To me, it was important to make a pledge that I could honor. But I already had a great job lined up, and my roommate made fun of me for pledging so little. To be able to exceed my pledge with $100 felt even better."

As Holdren became more stable in his career, he increased his annual giving over the years and later established a scholarship. He and his wife, Cindy, recently created an endowment fund through their estate to ensure they can continue to provide for the College long after their lifetimes. "Everything Cindy and I have been able to do in our lives was made possible because of the education I received and the life skills I gained while at Lycoming."

"I ask all alumni to follow in my footsteps," said Holdren. "Church and community are important, but college is just as important, so our estate plans include all three. I'm proud to be a part of it all."